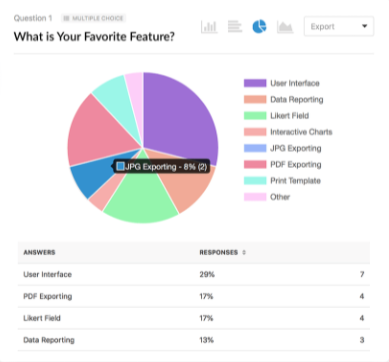 Its a neat story especially if you have the same problem and don’t want to lose your time and mind like we did.

Several years ago my company was tasked with creating poll for one of our long term clients. The specifications were: WordPress based, data analytics comparable to the one google forms, poll admin and responded notifications, GDPR, respondents еmail handling and follow up form, after the main one was filled…
Naturally back then we went with Google forms little did we know that that this was when…

We managed the problems one buy one, for some things we needed to use g forms addons (yes its a thing). We had to use the form code editor(yes it is also a thing) but the last part, the one with the follow up forms was though, not even stack overflow was helpful. Colleagues suggested .js solutions that we tried and didn’t worked for our framework. The google app editor was also not responding at all. Besides the typical problems that it have it also uses this .gs language that is supposed to be like .js but it is even less trust wordy. I guess Google just dint wanted anyone to mess with the submit button. Long story short the job was going nowhere at the final phase. The deadline was close, the client was angry… like a lot.

And then WPForms came to the rescue.

Literary. The client was more then happy to to buy a licence. Even the cheapest one did the trick. We putted it up and running in day (instead of failing to set up G Forms for a week) All capabilities were met with ease.
The client was presently surprised by the superior statistical data handling.

Latter one one we also had great surprise. WPForms had something that we dint know we needed. Import export data capability. Beat that Google! The export panel have more than you need. No errors in the .csv data spread sheet. People who do this kind of job know that this is worth mentioning.


No bugs or slow processing using the addon, which is also worth noting given that the system was quite addon heavy and WPForms is heavy league software. Hard to notice using it tho.

At the end G forms were used only as a scrap book to bake adjustments. The Goole docs shared service which the forms are part of were the only useful thing.

And I’m not slamming on Google here. Their free service is great. But if you need to make serious web polling work it just wont cut it. And poring money in custom solution is totally redundant.

Why don’t you just save yourself the trouble and get your WPForm now. No need to thank me.

And if you need someone to set it up for you, we don’t charge much.
What about us and the mentioned anonymous client? We still work together to literally this day. And WPForms was small but yet crucial part of this long term success.

Authorize.Net now in the best form.

Don’t hesitate to contact us for more info or dev services!